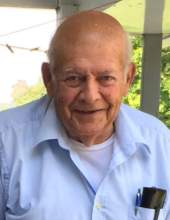 Charles was born July 19, 1937 in Ashland to the late Fred and Nellie Horn Brewer.

He proudly served his country in the U.S. Army. He would later work for and retire from AK Steel working in Energy Services and Maintenance. He was also a member of Kenova Church of Christ.

Funeral services will be 1:00 PM Friday, November 9, 2018 at Caniff Funeral Home in Westwood wit Brother Chris Stevens officiating. Burial will follow at Rose Hill Burial Park. Visitation will be Thursday from 6-8 at the Funeral Home.