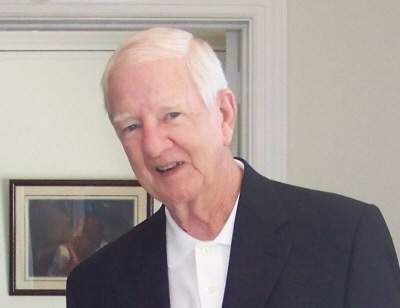 Donald Joe Cossett, 86, passed away peacefully at home with his family on May 2, 2019. He was born in Ashland, Kentucky to the late Charles and Pearl Terry Cossett on June 20, 1932 and is preceded in death by three brothers: Jack, Jim, and Ray Cossett as well as a sister, Midge Gray.

Don spent his career as an electrical engineer beginning at Pratt Whitney in West Palm Beach, Florida. While there, he worked in research and development of the liquid hydrogen engine used for the Apollo… Space Program. He then spent 7 years at the Kennedy Space Center in support of the Apollo Manned Space Program. Don ended his career at Fluor Construction (Fluor Daniel) where he had the opportunity to travel widely, including a two-year period in Atlanta where he was selected by Fluor to work with the Institute of Nuclear Power Operations (INPO) to evaluate nuclear power plant construction/safety issues. After retirement, he and his wife moved to Sanford where he served with the pastoral care services of Central Carolina Hospital and was past president of the Volunteer Services. He and his wife attended the First Baptist Church of Sanford.

Don was a loving, dedicated husband, father, grandfather, and friend. As someone once said of him, “He brought a light to the world.” A devoted Christian from the time he was a teen, he spent his last years studying and writing about the Bible that he loved.

A celebration of life service will take place at the First Baptist Church of Sanford, North Carolina, on Saturday, May 18, with family visitation at 10:00 am and a service officiated by Matt Garrett at 11:00 am. His final resting place will at Rose Hill Cemetery in his hometown of Ashland Kentucky.