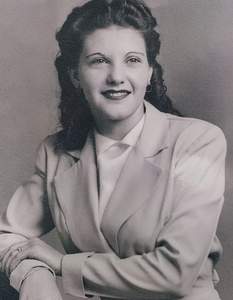 Elinora Gallaher of Trinity Station Retirement Community in Flatwoods passed away December 26.
She was born September 10, 1930 in Ironton, Ohio, a daughter of the late Gorden and Nora Waugh Rowe.
In addition to her parents, she was preceded in death by 2 sisters; Mary Lou Akers and Nellie Marie Shope. In 2012 she lost her loving husband and best friend of 64 years, Charles William Gallaher.
Elinora is survived by 3 children; Tim Gallaher of Allenspark, Colo., Sandy Spears, and husband Terry, of Summit, Ky., and Terry Gallaher, and wife Tina, of Catlettsburg, Ky.; 4 grandchildren, John Spears, Mike (Stacey) Spears, Dave (Jess) spears and Stacy (Aaron) Gallaher Porter; 7 great grandchildren, Braden Spears, Olivia Sexton, Ryker Spears, Waylon Spears, Charlie Elaine Spears, Emmylou Spears, and Clark Porter. She is also survived by a sister, Peggy Joann George, and a brother, Gorden Rowe, Jr., of Haverhill, Ohio.
A special thank you to all of the staff of Trinity Station for the loving help she received over the past 4 1/2 years and to Hospice for making her comfortable in her last few days. There will be no visitation and the funeral will be a private family service. Arrangements are under the direction of Preston Family Funeral Home.
Published on December 27, 2018