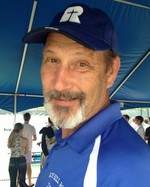 John Jewel Billups III, age 63, of Ashland,KY, entered his heavenly home on September 24, 2018. He was born on November 21, 1954, in Huntington, WV to the late John "JJ" and Roma Gail (Hatten) Billups. He was also preceded in death by his grandparents Jewel & Corrine Billups and Harry & Tilda Hatten.

He graduated from Ceredo-Kenova High School in 1973 where he excelled in basketball, baseball and football being named an "All State" football player in 1972. He retired after 39 years of service from Ashland Oil Inc./Marathon. He served several years with the Volunteer Fire Departments for the towns of Ceredo,WV, Summit-Ironville, KY and on the Fire and Rescue squad of Marathon during his employment.

John was a devoted husband, father and friend. He truly loved life and enjoyed all time spent with family and friends.

An avid outdoorsman he enjoyed hunting, fishing, and golfing.

The family would like to thank and appreciates the support and love shown to John during his illness by special friends Lace Hardwick and Larry Jarvis.

Visitation will be held at Steen Funeral Home 13th Street Chapel, Ashland, KY on Thursday, September 27 from 6 to 8 pm. Funeral services will be conducted at the funeral home on Friday, September 28 at 11 am with Pastor Jeremy Couture officiating and interment to follow at Rose Hill Cemetery Burial Park.