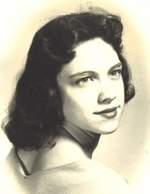 JUDITH SALISBURY STEWART
1940 - 2018
Dedicated Wife, Mother, Teacher and School Administrator
Judith (Judy) Salisbury Stewart, 78, formerly from Catlettsburg, Kentucky, passed away
Saturday, August 25th, 2018 at Community North Hospital in Indianapolis, Indiana.
Mrs. Stewart was born at the homeplace in Salisbury, Kentucky, on April 19th, 1940 to the late
James William Salisbury and Ann Marie Stephens Salisbury. Judy was preceded in death by
her husband, Dr. Melvin K. Stewart, who passed away in April 2001. She is survived by three
of her siblings: David Salisbury of Catlettsburg, Chady Hardwick of Betsy Layne, and Terry
Salisbury of Jackson, MI. Preceded in death by brothers Phillip Salisbury and Timothy
Salisbury.
She was a proud graduate of Martin High School where she graduated early and went to the
University of Kentucky to earn a Bachelor of Science in Education in 1961. Mrs. Stewart taught
1st, 2nd and 3rd grades at Cooper Elementary in the Boyd County School system for twentyseven
years.
She earned a Masters and Rank1 in Administration with certifications in Department of Pupil
Personnel, Special Education, Principalship, and Superintendence from Morehead State
University. She moved from the classroom to school administration where she served in the
Central Office as Director of DPP and Special Education. After her retirement in 1997, she
continued to work for the school system under a partial contract until she and her husband,
Melvin, moved to Fishers, Indiana in 1999.
She is survived by her Daughter and son-in-law: LuAnne and Richard Bailey of Fishers,
Indiana; her Son: Todd Stewart of Daytona Beach Shores, FL, Grandchildren: Kristen Rexroat
(30), Kaitlyn Rexroat (26), Alexander Stewart (24), Olivia Stewart (22), Bryn Bailey (34), Abra
Bailey (32), Jordan (31) and grandson-in-law Nathan Waplington along with her great
grandchildren of Madison (5) and Harrison (2).
Funeral services will be held on Friday, August 31st at Neal Funeral Home, 2409 Center
Street, Catlettsburg, Kentucky, beginning with the calling from 11am - 1pm. The funeral is
scheduled for 1pm immediately followed by her burial at Rose Hill Cemetery.
In lieu of flowers, donations can be made to the American Lung Association, 55 Wacker Drive,
Suite 1150, Chicago, IL 60601, action.lung.org/site/Donation, in memory of Judith S. Stewart.
Condolences may be left at: kilgorecollierfuneralhome.com.