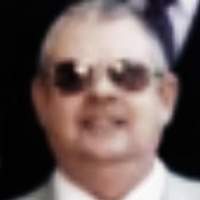 Phillip Lewis McFarland, 74, of Coal Grove, passed away Wednesday, January 23, 2019 at his residence. The Ashland, KY native was born November 30, 1944, a son of the late Wayne and Martha Elizabeth Edwards McFarland. He is survived by his loving wife, Sally McFarland.

Mr. McFarland received his Bachelor's Degree from Ohio University Southern and was a water line supervisor for CSX Railroad. He was a former minister for Rock Camp United Methodist Church.

In addition to his wife, he is survived by

In addition to his parents, he was preceded in death by:
three sons: Phillip "Destin" McFarland, Frederich “Ted” Kalmbach and Darren Cline

Funeral services will be 12:00 PM Friday, February 1, 2019 at the Memorial United Methodist Church, 222 Memorial Street, Coal Grove, Ohio 45638 with Pastor Brad Jenkins officiating. Burial will follow in Rose Hill Burial Park in Ashland, KY and visitation will be Friday from 11:00 AM until the time of the service at the church. Phillips Funeral Home, 1004 South Seventh Street, Ironton, Ohio is assisting the family with the arrangements.