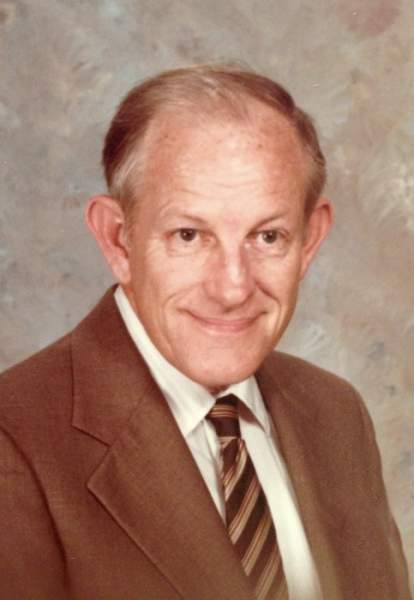 Ray Preston Walters, 96, of Ashland, KY passed away on October 6, 2019 at Wesley Village Retirement Community in Wilmore, KY. He was born in Ashland, KY on June 20, 1923 to the late Jesse Harmon and Edna Andis Preston Walters. In addition to his parents he was preceded in death by his wife Mary Lou Ogle Walters and an infant son Michael.
Ray graduated from the University of Kentucky in 1944 with a degree Mechanical Engineering. He served in the Army and the Army Reserves from 1948 to 1954. Ray retired from Ashland Inc. after 41 years as Director of Design and Construction, Retail Marketing. He was a former member of First United Methodist Church in Ashland, Cypress Lake United Methodist Church in Fort Myers, FL and First United Methodist Church in Lexington, KY. Ray was a member of the University of Kentucky Alumni Association, and a member of the Registered Professional Engineers Society in Kentucky Ohio, and Indiana.
Ray is survived by his brother Paul Winston Walters of Pauleys Island, SC, son David Wesley Walters of Cincinnati, OH, daughter Linda Rae Walters Brese of Fairfax, VA, grandchildren Christopher Michael Brese (Cassie), Robert Gordon Brese, step-grandchildren Casey Dewayne Rains(Mindy), Robert James Rains(Erin), great-grandchildren Cody Brese, Camden and Cora Rains, and Hudson Rains.
A Memorial service will be held on Monday, October 14, 2019 at 1PM at Steen Funeral Home – Central Avenue Chapel. Visitation will be at the funeral home from 12 to 1. Interment will follow in Rose Hill Burial Park.