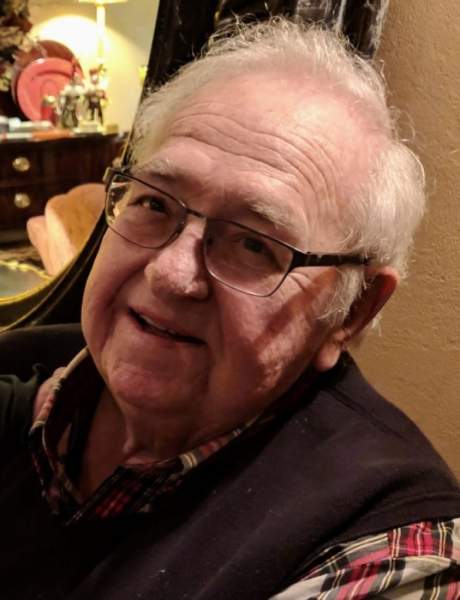 Richard T. Stai, 80, of Ashland, passed away Sunday, February 3, 2019 in King's Daughters Medical Center.
He was born May 7, 1938, in Eau Claire, Wisconsin, a son of the late William and Eva Taylor Stai.
In addition to his parents, he was preceded in death by his two sons, Brace Taylor Stai, Scott Taylor Stai; brother, Jack; and sister, Janet.
He is survived by his loving wife, of 58 years, Sharon Stai; son, Todd (Rhonda) Stai; grandchildren, Dr. Taylor (Alexandra) Stai, Dr. Trey (Claire) Stai, Tyler Lewis, Travis (Jennifer) Lewis, and Jacob Lewis; great grandchildren, Ellie, Tegan and Sophia; brothers, William (Sandy) Stai, and David (Joann) Stai; sister, Marion (Kenneth) Syverson; and a host of loving nieces, nephews, extended family members and dear friends.
Dick was a member of St. Paul's Lutheran Church in Ashland. He enjoyed fishing, woodworking, and was very artistic.He and his wife are co-owners of The Boat Store, Inc., in Catlettsburg, Kentucky, which services barge traffic on the Ohio River.
He graduated from Eau Claire Senior High School in Eau Claire, Wisconsin. He completed his Bachelor's Education at Saint Olaf College in Northfield, Minnesota. He received his Masters of Social Work from Tulane University in New Orleans, Louisiana, where he worked as a group worker in Kingsley House. He continued in the field of Social Work at Lutheran Social Services of Maryland in Baltimore, Maryland, as a supervisor of social services.
Mr. Stai came to Kentucky in 1966 on what he called, "sort of a trial basis," when he was selected as Executive Director of a center in Prestonsburg, Kentucky, where he served eleven years. At Pathways, Inc., as Executive Director from 1977 to 2008, he planned, implemented, directed, and controlled all operations serving ten counties in eastern Kentucky. He was a moving force in Kentucky's early community behavioral healthcare. Nearly four decades later, he retired from the community behavioral and health system.
In his nearly 40-year tenure as a mental health administrator, he helped guide the behavioral health movement in Kentucky through many economically turbulent years, and he introduced innovative programming and treatment philosophies to the behavioral health field.
In 2003, Mr. Stai was awarded the Lifetime Achievement Award from the National Council of Behavioral Health to mark his significant contributions to the behavioral healthcare field and the consumers it serves. He demonstrated superior, sustained commitment to the National Council's principles, values, and ideals. His career was marked by significant contributions to behavioral healthcare and its consumers.
Daniel B. Howard, who served as Executive Director of the Kentucky Association of Regional Programs and Kentucky's former Deputy Commissioner of Mental Health, will offer the eulogy. Mr. Howard says, "Dick Stai was one of the best administrators of behavioral health organizations in the country. He was known for his balanced judgement, his ability to cut through bureaucratic red tape, his careful common sense analysis, and his skills as an administrator." The success of Pathways and, in part, Kentucky's mental health system itself, is due to his progressive leadership and creative management style. He actively promoted legislation that facilitated a significant improvement in quality of care. He was a consummate advocate of services for people with behavioral health issues.
Funeral services will be immediately following the Eulogy at 12:30 p.m. Saturday, at St. Paul's Lutheran Church with Pastor Mark A. Kloha officiating. Entombment will follow in Rose Hill Burial Park Mausoleum.
Visitation will be held from 11 a.m. until 12:30 p.m. Saturday, at the church.
In lieu of flowers, donations in Dick's memory may be made to North Eastern CASA of Boyd County, 2800 Louisa Street, Suite 300, Catlettsburg, Ky., 41129.
To share a remembrance of Dick or to express a condolence to his family, please visit: steenfuneralhome.com