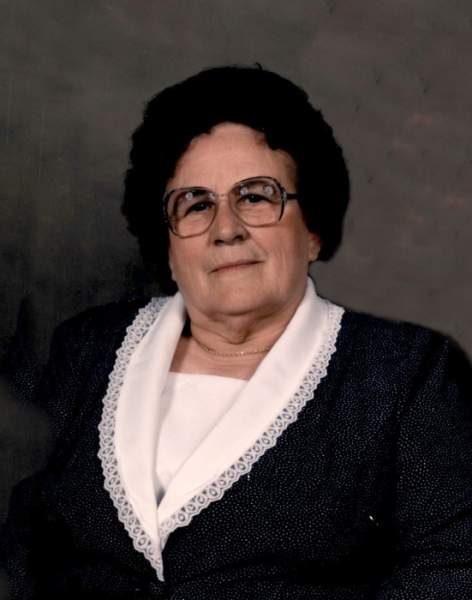 Willa Vean McCalvin Hall, 93, of Argillite, Ky. passed away on January 25, 2019.  She was born in Floyd County on November 7. 1925 to the late Sam and Oma Burton Blevins.  In addition to her parents she was preceded in death by husbands James McCalvin Jr. and Robert Leroy Hall.  She was also preceded in death by her only child Paul McCalvin, and her siblings Areta Blackburn, Glenna Leibeau, Jo Ann Miller and Tom Blevins.

She was retired from Pennco as a line leader with 18 years of service.  Willa was a member of the Wurtland Church of God.

Funeral services will be held at 1:00 PM on Tuesday, January 29, 2019 at Steen Funeral Home-Central Avenue Chapel with Pastor Timothy French officiating.  Burial will follow in Rose Hill Burial Park.  Visitation will be at the funeral home on Monday evening from 6:00 until 8:00 PM.

Friends may make contributions in her memory to the Wurtland Church of God, Route #508, Wurtland, KY  41144.  Online Condolences may be made to www.steenfuneralhome.com