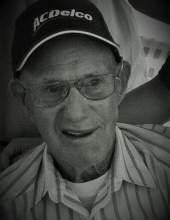 He attended Princess School, served his country honorably in the US Army during WWII, and

retired in 1980 from Clines Brick Company where he was a machine operator. He enjoyed

William is survived by his adoring wife of 73 years Anna Lee Tomlin Terry, their children, Robert

He was preceded in death by parents and two sons, Charles Terry and William L. Terry.

Rose Hill Burial Park. Visiting hours are 11:00am until Service time Wednesday at the Funeral

Condolences may be left at kilgorecollierfuneralhome.com.